It’s time for a Korean Drama review. I watched this drama in February so it’s been a while and since then, I have watched a lot more. So if my knowledge around it isn’t that exact it’s because it’s been over two months since I watched it.

The drama’s focus is on the music industry which is a change to the kind of the Dramas I normally love. Kang Hyun-gul (played by Lee Hyun-woo)was part of the boy band ‘Crude Play’ before dropping out to solely be their producer. On the other hand, Yoon So-rim (played by Joy) wants to make it big in the music industry, despite being a high school student. It’s a really lovely drama with lots of twist and turns and lots of love triangles. 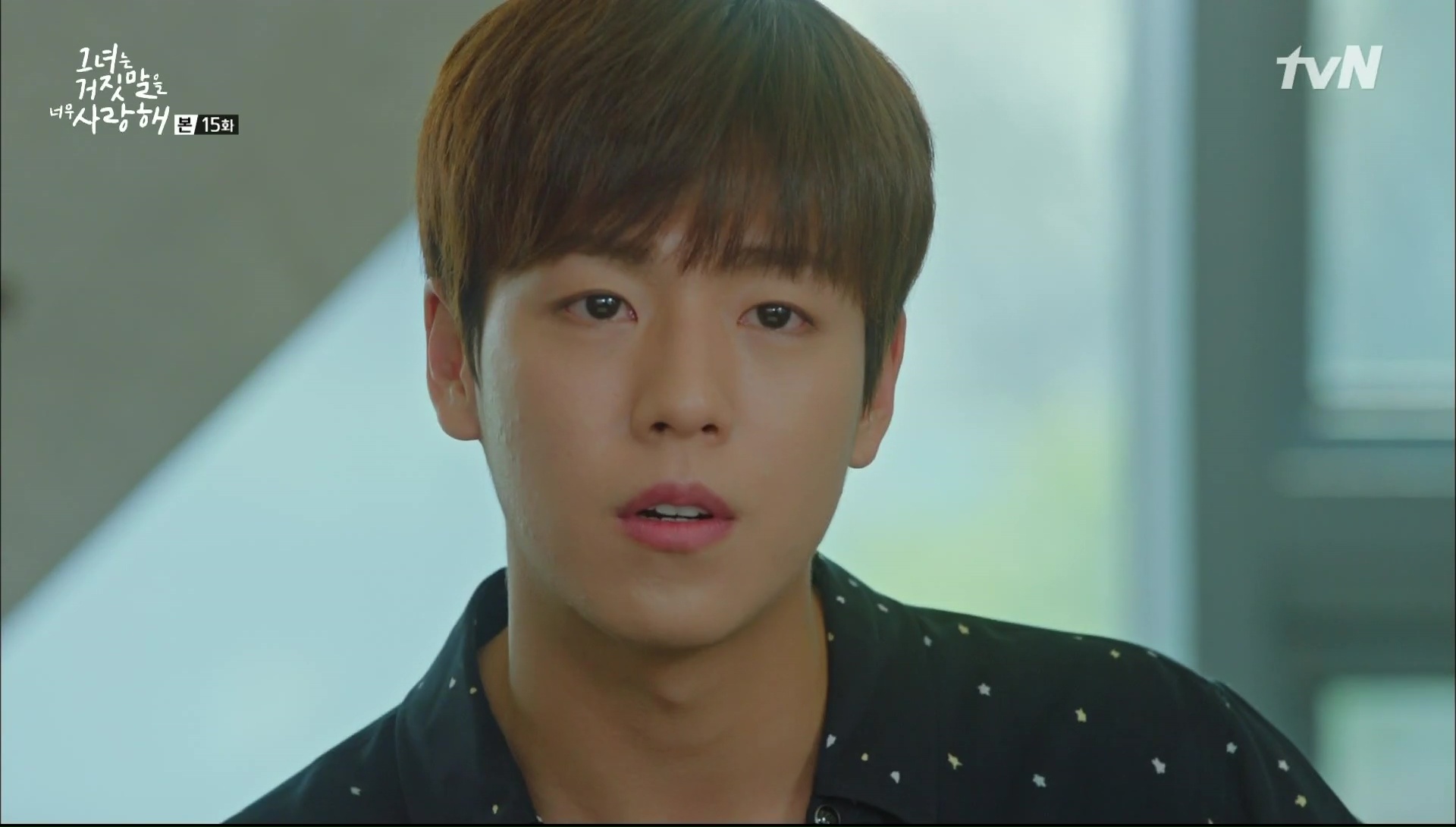 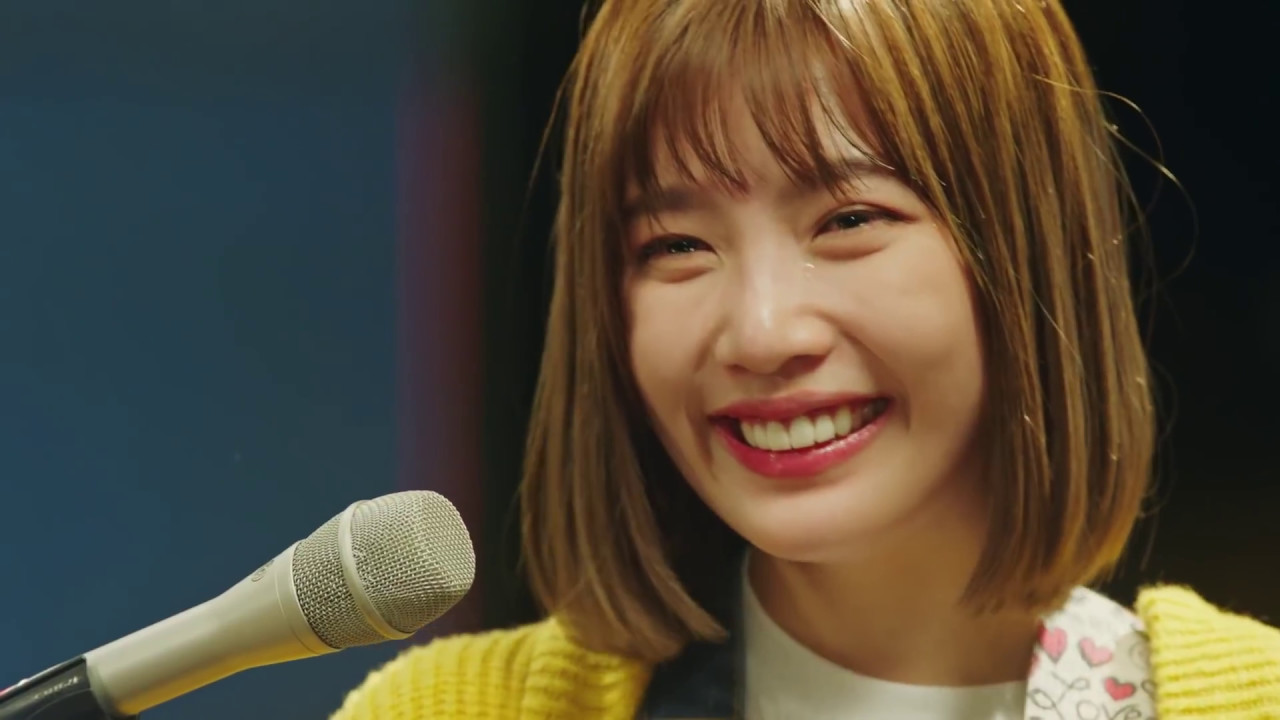 Sometimes I don’t really like the main female leads in a drama but I did quite like Yoon So-rim. The fact that she stood by her friends when she could have gone solo was great. Also, I love her voice, let me just definitely put that out there.

I really don’t remember much about this character except that he was the manager. I obviously didn’t feel like he was a character worth remembering (sorry!). I do remember him being very manipulative and sly and then redeeming himself at the end though. 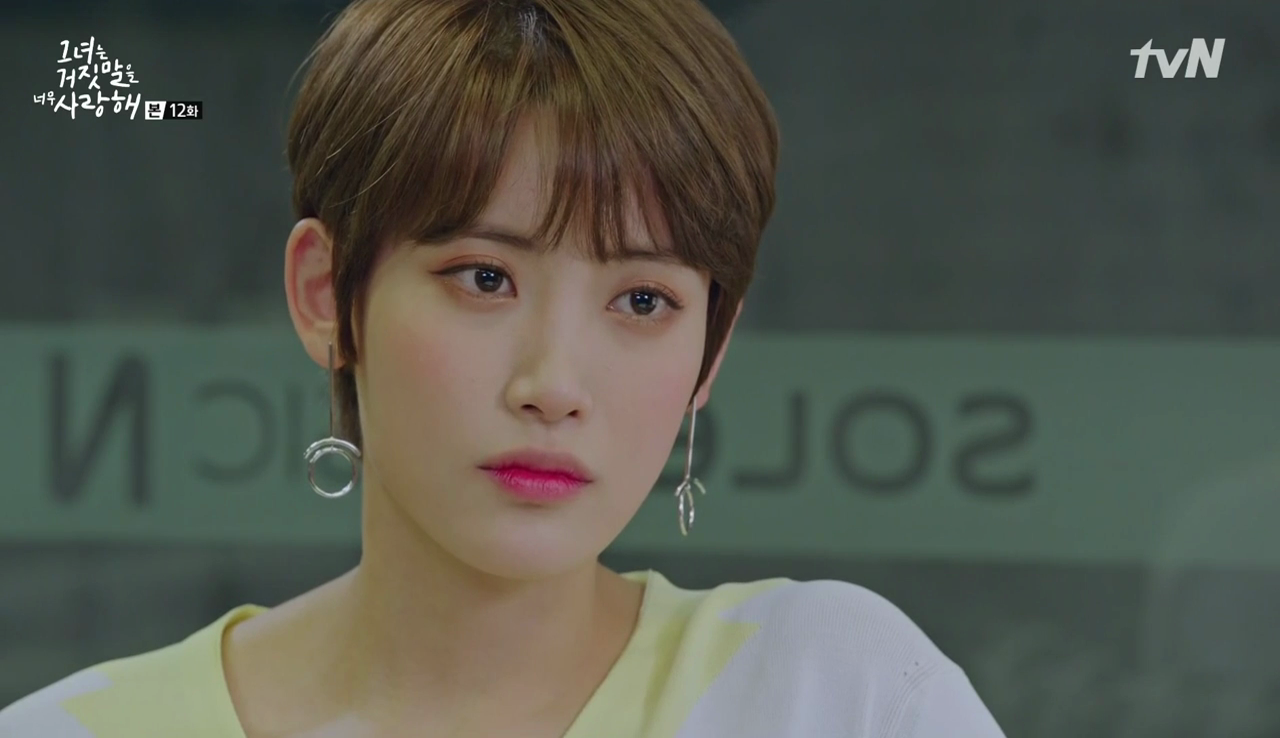 I did like the overall plot storyline of Mush & Co trying to get big in the music industry. I think this was probably my favourite storyline out of all the music ones. Of course, I also liked the romantic love triangle storyline. That is normally my favourite part of a drama so of course, this comes as no surprise.

The standout part of the drama for me is the music. I absolutely love the soundtrack. I listen to the Mush & Co song ‘Shiny Boy’ a lot and I love to sing along to it. I also love the song ‘Butterfly’ that Yoon So-rim sings but unfortunately, that song isn’t on Spotify which is a shame.

I do really like this drama. It’s definitely not in my top five or ten of all time but it was still enjoyable. I will probably watch it again because it was such a lovely easy-going watch.

It’s time for another Korean Drama review, this time for the show ‘Strong Woman Do Bong Soon’. I rewatched this drama recently and it still remains a favourite.

The show follows the story of Do Bong Soon (played by Park Bo-young) who has the ability of super strength. She becomes a bodyguard to Ahn Min-hyuk (played by Park Hyung-Sik) who is the CEO of a video game company. The show is a comedy so of course, there are some crazy antics but there’s also a dark kidnapping plot that I really like. If any of that interests you and you might want to watch it, I would definitely do some more research and maybe watch the first episode as there will be big spoilers ahead.

For once, I think my favourite character is, in fact, the main character. I love how we see Do Bong follow her dream to make her own video game. I really like that she is a strong female but she’s still very feminine. She uses her power only when necessary and always to help people. She really is great and actually a fantastic role model for a lot of girls who watch this drama.

The CEO of the gaming company. I think he’s a great character. I love his relationship with Do Bong-soon and although at times he loves her, he never treats her as a damsel in distress which is great. He likes to joke around but can be serious when he needs to be.

A local police detective but also the childhood friend and crush of Do Bong-soon I think we have the second male lead problem here. I absolutely love the old friends to lovers trope so whenever there’s a hint of that happening, I want it to. Aside from the romantic plot, I also love seeing him on the detective side of the plot. He’s headstrong and in the end, helps to crack the case.

Brother to Do Bong Soon. Although he’s not really one of the main characters he is still an important part of the drama. I would have loved to see him in more scenes and take on an even bigger part in the drama. 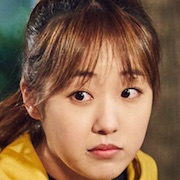 Do Bong Soon’s best friend. Again, I would have loved to see her in more scenes. I feel like I wanted her to be built up more. She went through a lot of tough moments and I would have liked to see that have more of an effect on her. I felt it was kind of brushed under the carpet. She definitely would have been psychologically more effected than it appeared. 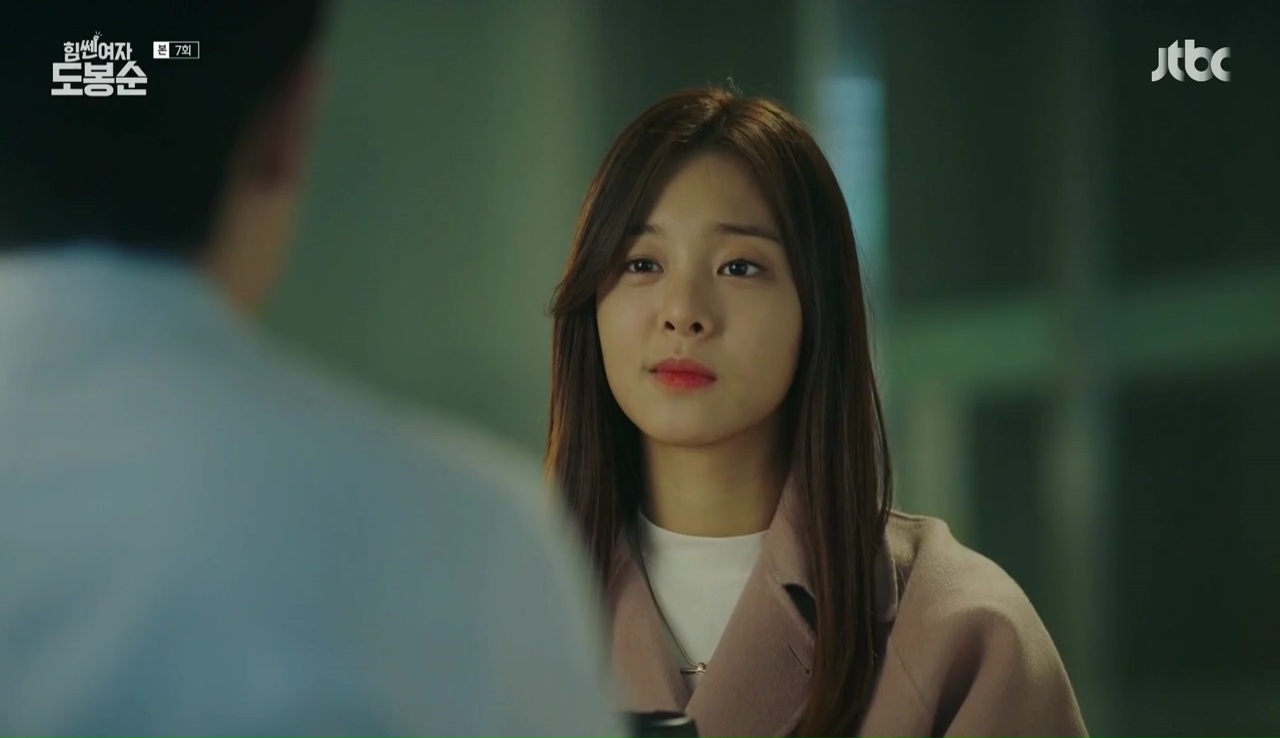 Starts off as In Guk-doo’s girlfriend but in the end, becomes the girlfriend of Do Bong-ki. I felt like this character kind of appeared out of nowhere. She seemed like she had a lot to give to the drama but she didn’t really do anything. To me personally, she just acted as a character to progress the story rather than being a full 3D character. 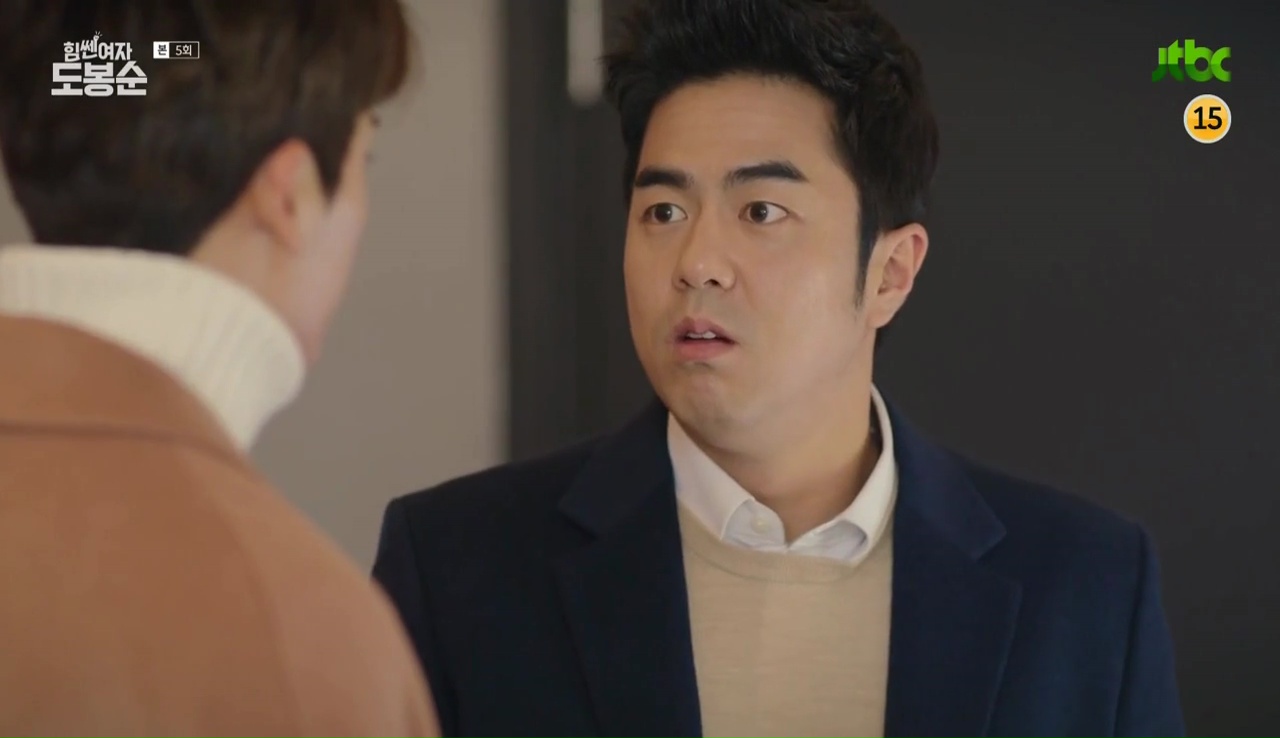 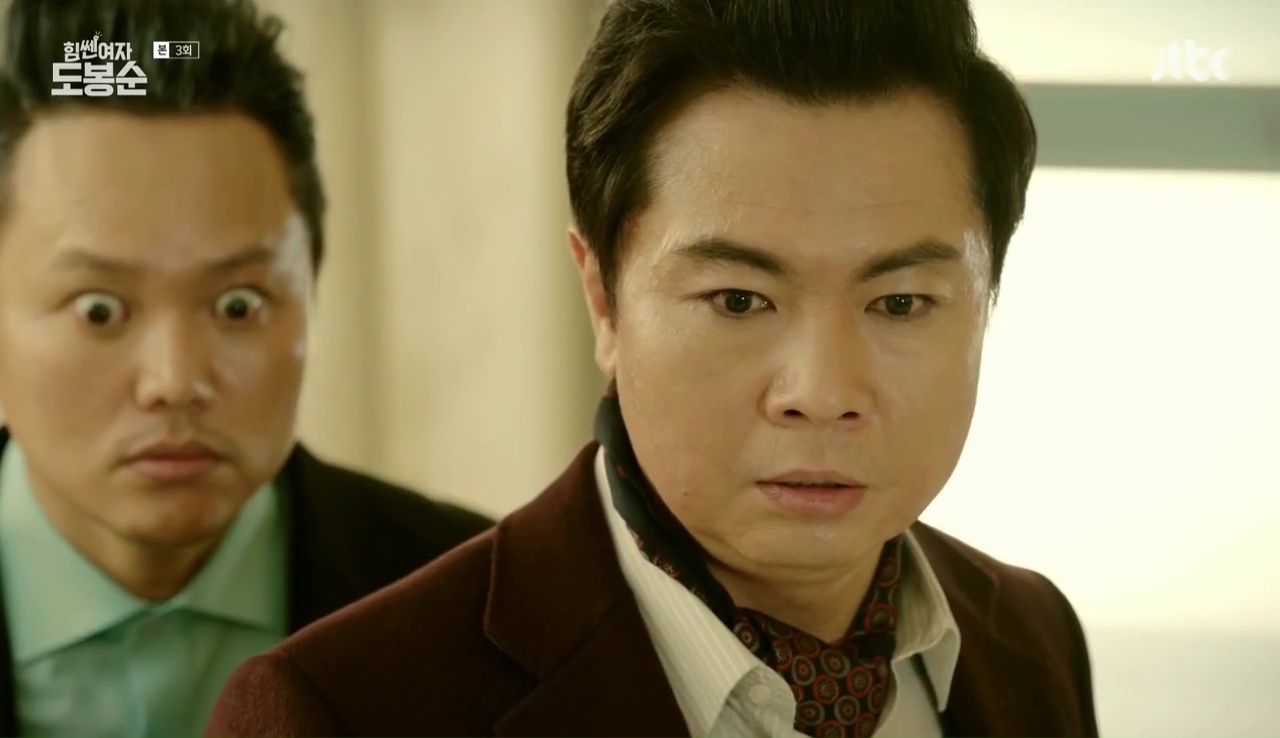 Gang leader. I really liked the edition of the gang and the leader was just amazing! I loved all the scenes he was in and he provided a much needed comedic relief in between the darker scenes. His character was well thought and really went on a personal journey which I thoroughly enjoyed. 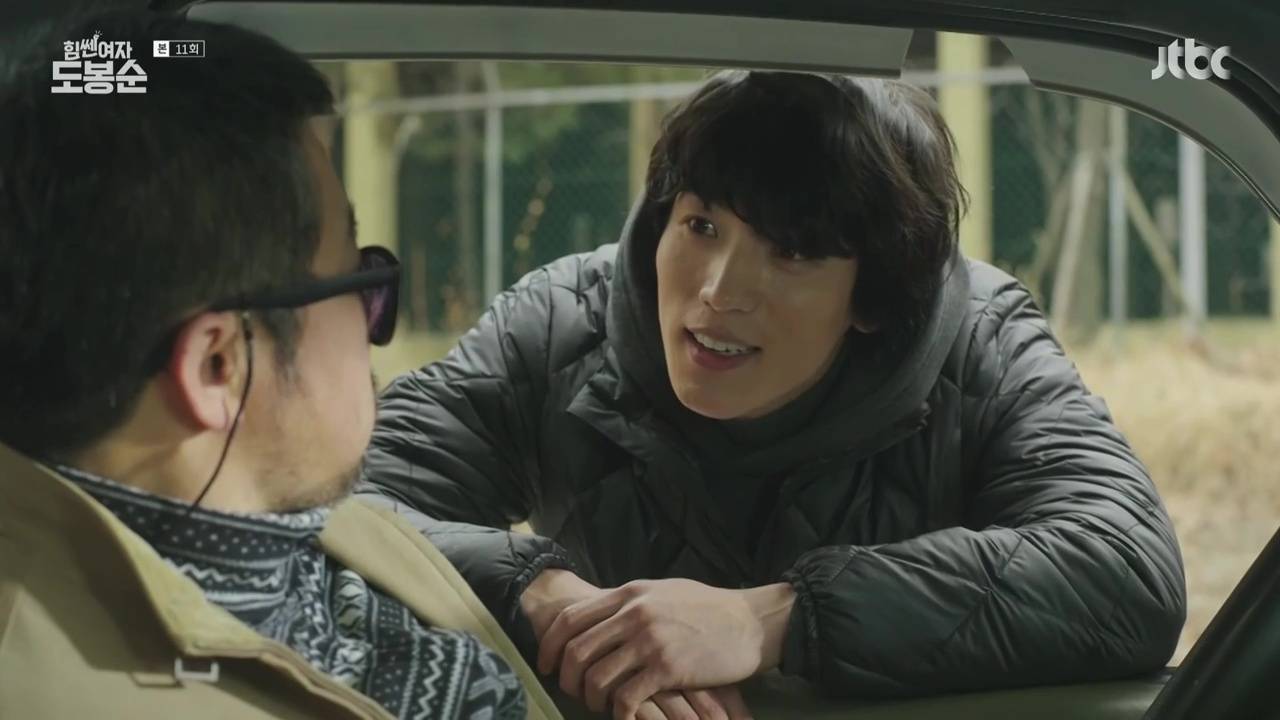 Main villain. I think Kim Jang-Hyun could be one of my favourite villains that I’ve seen in a Korean Drama. Thinking about it, I think he’s my second favourite. He’s just so dark and I love how he is so full of himself and keeps coming back, even when they think he’s dead. We need more villains like this in Korean Dramas.

This is one of my favourite Korean Dramas and it’s down to the amazing plot. It has a great mixture of romance, thriller, mystery and comedy. It’s not too dark but it’s the amount of dark that I love but it’s not overwhelmingly dark. I love the comedic relief and the romance that just makes it a good mix.

The dark/mystery/detective plot is definitely my favourite but I love a mystery plot – if a drama has that kind of plot it’s always my favourite so it’s not a surprise to me in the slightest. Overall though, there wasn’t a plot  I didn’t enjoy – I think the monk one potentially is the one I liked the least but it was still very funny.

Welcome to a new feature of my blog *throws confetti*! I’ve been watching Korean Dramas for about 3 years and let me tell you, I’ve watched a lot. I know there’s a huge Kpop community but I haven’t seen many people talk about Korean dramas and I’m changing that today.

So, in this post, I’m going to be reviewing the Korean Drama ‘Cinderella and the Four Knight’ which aired in 2016. It features the actor Park So-dam who was in the film Parasite and the story idea stems from the fairy tale of Cinderella.

Like the title suggests, the story focuses on a real-life Cinderella, Eun Ha-won (played by Park So-dam who was in the oscar-winning film Parasite)  who is hired to help teach the three grandsons of Chairman Kang Jung-du (played by Kim Yong-gun) to ‘care’ for each other. I didn’t really understand why it’s called ‘four knights’ as there are only three grandsons but I realised that the fourth knight is the secretary. It does make sense after you’ve watched it though! 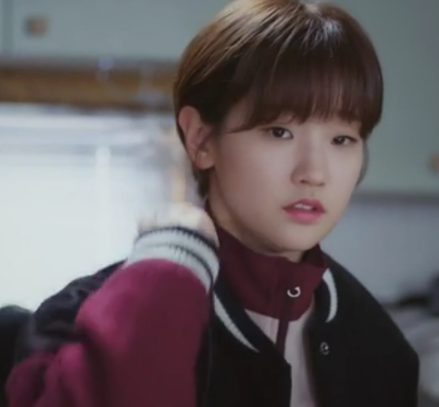 I didn’t really like this character. Did he have some character development? Yes. HOWEVER, I wanted to know more about him. Like we know he was sidelined when he joined the family and the chairman was manipulating behind the scenes but that’s it. It just felt to me that he loved Park He-Ji, realised she didn’t really feel the same way and then did a full 180 to Eun Ha-won. I think I would have liked more progression to the final plot between him and Eun Ha-won – more hints perhaps. 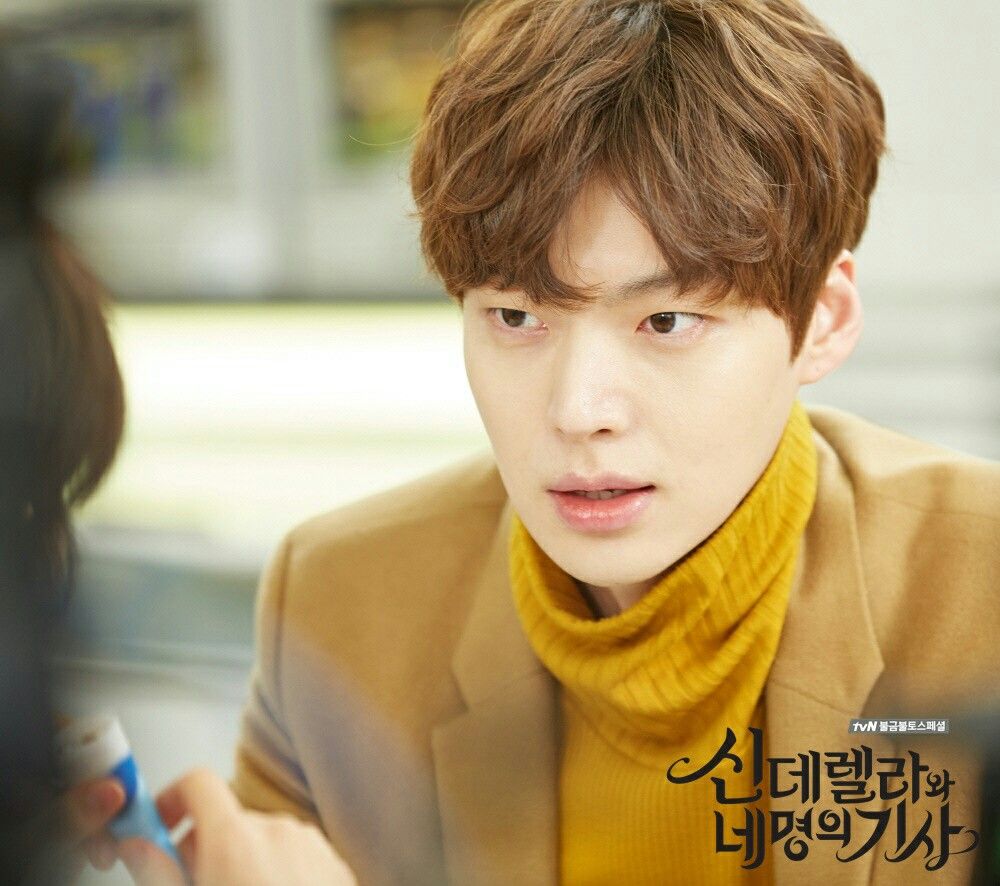 I feel like this character could have gone further. His whole point is to bring Eun Ha-won into the story and then that’s kind of it. He just keeps pretending that she’s his fiance and then, in the end, gets together with Park He-Ji. I think I would have liked to see more of a relationship between him and Eun Ha-won. Maybe he could start to fall for her? I don’t really know. I think Kang Hyun-min had a huge potential to be one of the best characters in the drama but he was kind of left out. It did touch on it a little bit but I would have loved to see and know more about how he coped with gaining two new cousins and his past more. 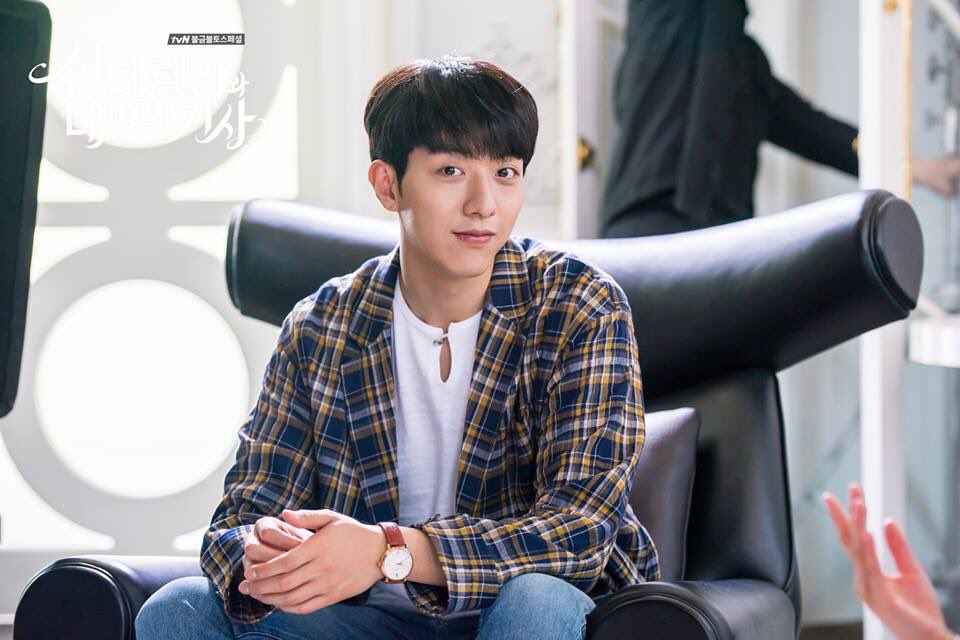 He was definitely my favourite out of the three brothers but I felt that he was very much sidelined. I wanted to see more! We know he liked Eun Ha-won and she just didn’t feel that way and then that was it. He didn’t necessarily have a good ending, it just kind of stopped. In the end, Hong Ja-Yeong joins him to help him to tour and in my head, they end up together. In a way, I do kind of like that he didn’t end up with anyone in the end but at the same time, I needed more scenes with him! 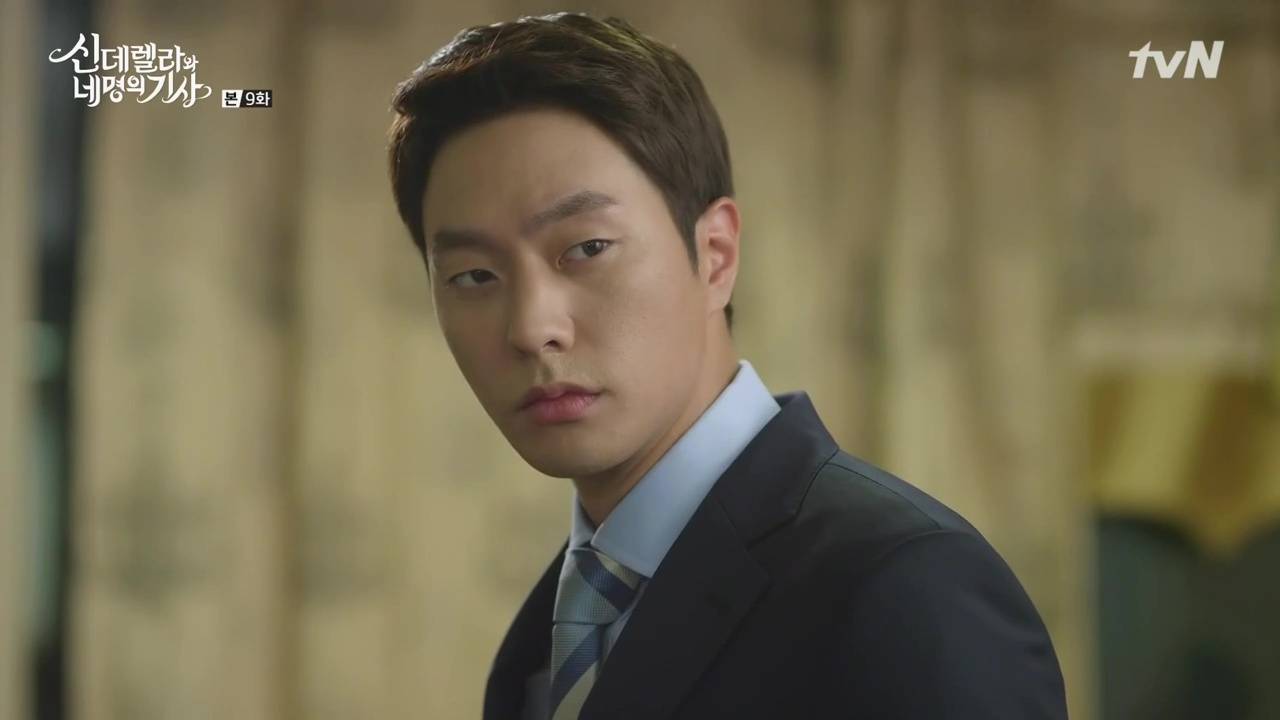 Like I’ve mentioned above, I think that this character is supposed to be the fourth knight and in a way, yes I can see it. He does protect Eun Ha-won and technically he’s part of the family but it’s a bit lose. He felt very much like a background character and then at the end, the mother part, I just felt was unnecessary and rushed.

I actually did enjoy the plot. I didn’t think there was much second lead syndrome which actually really surprised me as that’s normally a staple in most Korean Dramas.

I really enjoyed the main plot of Eun Ha-won, falling in love like a real-life Cinderella. The father situation was a bit too random for my liking but it was the thing to start the story. It was just a bit weird.

I really liked the love triangle between Kang Ji-Woon, Kang Hyun-min and Park Hye-Ji. It was a storyline which allowed lots of character development and I did actually quite liked the addition of the twin brother. I think this was the storyline I was the most interested in to be fair.

The chairman storyline is one I’m still unsure about, even now. Yes, I liked it as it showed Kang Ji-Woon finally trying to be a part of the family but that’s it. I feel like I would have liked more build-up and a lot more risk from the beginning

I really enjoyed it.  I liked the characters and the plot but I do feel like it could have explored some plots further.

I’m definitely going to watch it again and it’s probably at the very least, in my top 15 Kdramas that I’ve watched (maybe even top 10).